ALL MY FAITH LOST: UNTITLED 2021 REVIEW 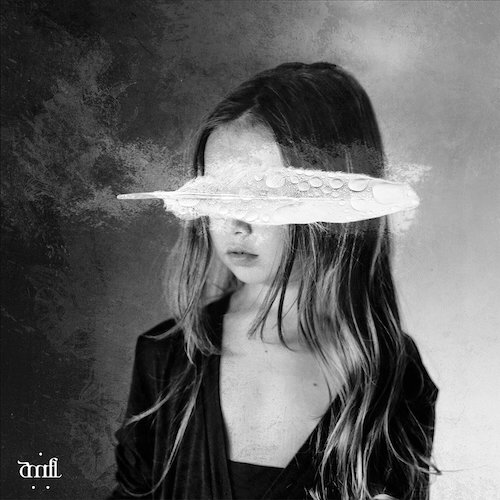 It’s been 11 years since their Decade EP and All My Faith Lost … finally returns with a new full length album! 11 tracks that enclose all the distinguishing traits of their previous works, distilled through several important life events, along with additional influences brought in by new guitarist Angelo Roccagli. As with their previous releases since 2000, Untitled is profoundly inspired by art where each song has taken inspiration from a painting by one of their favorite artists related to the Surrealism movement – including Marco Mazonni, João Ruas, Tara McPherson, Nicoletta Ceccoli and Ray Caesar. Each painting suggested a story to them and instilled feelings and emotions that were eventually translated into lyrics and musical compositions. These darkwave etherealists include Viola Roccagli on vocals, piano, synths and flute, Federico Salvador on vocals, guitars, and synths, Angelo Roccagli on guitars and bass guitar, and Fabio Polo on violins.

Untitled opens quite somberly with Violent Dreams II where Viola hauntingly sings, “Open my eyes, making me blind.” It sets the saddest of tones perfectly and is followed up by We All Die Sometimes to which she adds, “We all die sometimes, with empty hearts and wide open eyes.” They make the point that it doesn’t matter whether your eyes are open or not. Sensual strings then lead us to Federico noting, “We all die sometimes, we all cry sometimes.” While it might sound a bit simplistic, and in almost anyone else’s hands it might well be, All My Faith Lost … are so good here they transcend all sense of the cliche. On Nymphs IV Federico’s lead vocals highlight our human estrangement from nature stating “No more eyes for you, all the purity of ancient times is gone.” It’s a tale of stark loneliness with a confession – “and I miss you, and I miss you.”

A cold and melancholic piano opens Ice Princess and Viola sings, “I know you’re still all alone, all alone with your tears.” Strings join in later in a song most frozen, and mostly instrumental. On Keeping Time she hears the words getting old day by day and with despairing vocals she sings, “I’m just keeping time, everything will fall. Everything disappears, no reason for your tears.”  All My Faith Lost… are obviously no stranger to the visual arts themselves as well, as evidenced by the stunning video for track six: The Inconvenience of Spirits.

On White Thread, a more complex and urgent track with more vocal and musical force behind it, the band is joined by Alice Micol Moro on cello, as well as Chiara Tricarico and Marco I. Benevento on vocals. It’s an inspired song, even if it does feel a bit distanced from Untitled’s tone and subjects as a whole. Awakening The Moon, however, returns us to the work already in progress, wrapping us in that somber isolated late night blanket of sound with sullen piano and the thought, “When we die we’re all alone. I can see only the moon darkening so soon.”

Flood, one of my favorites from Untitled, then dives into the darker aspects of love that’s been lost. Federico sings, “You’ll be gone soon, and my tears too.” Flood takes several turns along the way, all of them welcome and quite wonderful, before dropping us into Cassandra which continues Federico’s tales of tragedy and torment with an homage to Greek mythology. The album closes with The Night is Calm, adding a darker late night soundscape to delicate instrumentation, all lost into the beauty of the moon.

Recorded over a five year period, Untitled is an exquisitely funereal, shadowy and sorrowful collection from an Italian band that might just do this better than anyone else. The long wait was worth it for I’m sure will be a 2021 year end favorite. Light some candles, turn out the lights, put on your headphones and lay down, and enjoy this truly beautiful album. And just as the album ended for me, the rain began to pour outside. Perfection.