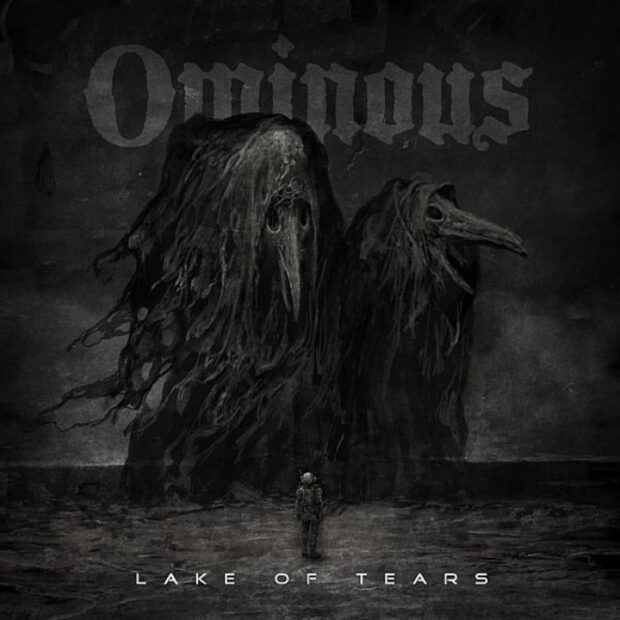 Sweden’s Lake of Tears is really the brainchild of a multi-instrumentalist mastermind named Daniel Brennare. He’s been at the helm of the band, even if sometimes he’s been doing it all on his own, and while they’re generally considered to play gothic metal, gothic rock and doom metal, they’ve refused to be completely pigeon holed over the years while always remaining very unlit. The Lake of Tears journey started in 1994 but it wasn’t until “Headstones” was released in 95, an album hailed by critics and fans alike, that they began to take off. Then in 1997 it happened with “A Crimson Cosmos” establishing the band and their own unique sound. It was good while it lasted because in 1999 “Forever Autumn” was released and the band broke up.

Still facing label contractual obligations, however, Brennare fulfilled them by releasing “The Neonai” as Lake of Tears, though it was a one-man-band solo project. The fire returned though convincing longtime collaborators Mikael Larsson (bass) and Johan Oudhuis (drums) to return, a new record deal was signed, and 2004’s “Black Brick Road” made for an impressive comeback, followed by “Moons and Mushrooms” really nailing their success. Then things started getting weird. 2010’s “Illwill” seemed to generate illwill amidst some long time fans and nothing new was heard again, until now. Back on July 13, 2020, Brennare did publicly disclose that he had been diagnosed with chronic leukemia and that Illwill was “maybe a more obscure way” of dealing with it, which explains a lot. He also suggested then that the name of the next album would be “Ominous” and that is indeed the title, and it’s ominous indeed.

The album opens with At The Destination and immediately we know this is going to be a little different as well. Brandon Miles writes that it “starts us off with a dancy goth-club beat, and it erupts into dirty distorted guitars that almost reminds the listener of a swarm of buzzing insects. It’s unsettling and dark, and conjures images of the dingiest, gnarliest leather and studs dance party you’ve ever imagined. A string section begins weaving in and out of the album towards the end of this song, and it’s a welcome, emotive addition to Daniel’s eclectic blend of sounds.” We start with Brennare at the destination, facing his illness, facing death, but there’s nothing there, nothing at all.

The second track In Wait And In Worries continues immediately from there beginning as a shadowy, subdued and somber guitar piece that segues into dark folk where Brennare tells us, “The night has been long, it’s been hard to breathe. Looking for something, with nothing to see. Where are you now when I need you the most?” Sad indeed, to be battling cancer, feeling so lost, abandoned and alone. Lost In A Moment begins with drums and we hear struggled breathing before a cascade of pounding doom metal captivates us. We’re then told, “The dream you had when the night was young, it must be done, now put your helmet on, the countdown has begun.”

The guitars grind on Ominous One, one of two title tracks and we’re told, “I have been waiting for this morning to appear for an eon and a year, but now that you are here, every minute, every moment disappears.” It’s followed by the sad strings of Ominous Too where he confesses, “The brightest ones go fast, leaving only stone and dust.” It’s a cold reality to face and on One Without Dreams, and with gothic rock guitars, Brennare shares that he knows the end is coming for him. The song doesn’t really end though. Mark Groman writes, “It closes with a repetitive electronic hum, that segues into the joyfully entitled ‘The End Of The World’, an, ahem, ominous symphonic piece completely devoid of lyrics, apart from the sounds of someone gurgling/gasping for breath.” We are passengers on this ominous journey with him.

Cosmic Sailor follows which has a more progressive almost psychedelic tone for the grief ridden completion of his journey. Brennare confesses, “Move through the day-grey (I always had these feelings), move for the evening (Forgive this darkness feeling)” – and from there he moves into dark space, and tears roll down my face. The final track In Gloom reminds us that the gloom continues long after we’re gone as well. It’s a nice ending to which Steel Druhm writes, “It’s like stripped down Goth Americana with sullen strings as Brennare’s voice adopts Waits’ broken growl one minute and the smooth baritone of Peter Murphy the next, and the end result is quite impressive.”

Ominous is an ominous achievement, one of the best albums on death and dying I’ve heard to date as well. While the plague birds are here for cancer, they could easily represent Covid-19 for all of us as well. Ominous is a doom metal masterpiece, especially when you know the context of it. It’s also something that should be taken as a whole, rather than piecemeal. Druhm agrees, noting, “Ominous is an album you’ll need to be patient with and allow it time to bore into your soul. It definitely requires the right headspace and it’s best experienced as a whole. It’s classic Lake of Tears though, and that makes me happy even as it tries so desperately to make me sad.” Jason Spencer agrees, adding, “I didn’t expect to get a new Lake of Tears album; and, yet, here it lives. I also didn’t expect it to be such a cerebral, gratifying affair, one that bids us to follow it into dreary worlds of inner imagination and murky motion. This album is definitely one of winter, greyness, and despondency, yet somehow I always feel enlightened and animated as it ends. Of course, I am invigorated by sad music, especially Gothic textures, so maybe it is just me.”