MIRROR OF HAZE: THE END IS THE BEGINNING REVIEW 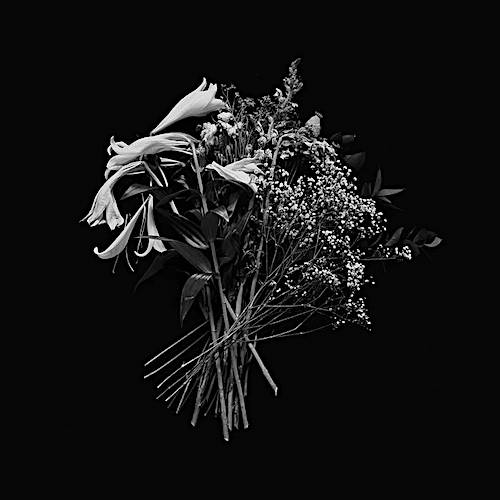 If you spend a little time getting to know Vadym Markov of Oslo, Norway, you will figure out pretty quickly that he is calculated and deliberate in everything he does. His “cold post-punk” debut album The End is the Beginning, for his solo project Mirror of Haze, is no exception. Recorded in isolation during the pandemic months of 2020, the album is all about capturing the mood of that strange and unprecedented time in modern history. Lyrically the album builds on eternal philosophical questions of life and death in any dystopian post-apocalyptic setting, specifically taking inspiration from the striking imagery of “The Waste Land” by T.S. Eliot to which Markov writes:

BEHIND SHUTTERED WINDOWS AND CLOSED DOORS,
OUR DISTANT MEMORIES
ARE SLOWLY DRIFTING INTO THE VOID OF REALITY.

THROWN UPSIDE DOWN IN THE AIR,
WE ARE FLOATING
BETWEEN RATIONAL THINKING AND CHAOS.

THERE IS NO PRESENT, PAST, OR FUTURE,
JUST THIS ELUSIVE FEELING OF ETERNAL LONELINESS.

THE FLOWERS BLOOM AND FADE AWAY
AN INFINITE NUMBER OF TIMES,
ACROSS INFINITE TIME AND SPACE.

THE END IS THE BEGINNING AND THE BEGINNING IS THE END.
OUR ATTEMPTS TO BREAK THE CIRCLE
BRING US TO THE PLACE WHERE IT ALL STARTED.

FOREVER LOST IN THE MAZE OF LIFE, UNSEEN AND UNKNOWN,
THIS VERY MOMENT IS ALREADY FORGOTTEN.

This is what is driving The Ending is the Beginning which opens with Drifting Into The Void, only not so slowly at all. The reverb-drenched gothic rock guitar sounds are stunning. Markov calls for us to enter the void reminding us of “words you never said, and the stories you were told when you were dead.” So we drift and dive on in. It’s a disorienting arrival on Merry-Go-Round Spinning where things are “eternally dark, where nothing is true, and nothing is yours, and nothing is mine.” It’s a quite an excellent and melodic track where It’s “just another lie to live forever, and just another death could make it better.”

The shades of living during Covid-19 in 2020 really start to shadow everything too. Upside Down in the Air takes on a more 80’s darkwave flavor where “No one can see you thrown upside down in the air. No one can hear you drowning your sound of despair.” It’s a catchy track with a great little hook. Then comes Prisoners of the Maze: “You’re not leaving this place to find your way out of a maze. Tonight when your dreams turn to stone, you’re trapped here, you’re hopelessly lost.” Anyone who spent 2020, especially those of us on our own, know exactly what he’s talking about. And we’re lost in the void, the guitar kicks in, and I can’t help but smile.

In the Hyacinth Garden is the only weak spot on the album. Even though I really love it musically, there’s a disconnect between the tone of the vocals and the content of the lyrics, singing about “the sadness of bottomless nights” with a cheerful lilt that misses the mark for me. It’s followed up by my favorite track of the album – Forgotten Places, Forgotten People. We’re in The Waste Land, broken, distant and stuck in our memories. What isn’t stuck though is my body and is sways to the music, fingers firing shots at the ceiling to the drum machines. I don’t know about you, but people vanished in 2020, my father died of Covid, pictures faded, and the video is something of an oddity, especially for something in a post-punk gothic rock genre. Two affected female models and a male one appear in a windy waste land in billowy brown trench coats and combat boots, looking sad, twirling and contorting their bodies. It makes me smile though, and he in particular is pretty wonderful later on.

Listen To The Trees with it’s echoing vocal lines is another favorite, cementing the fact that this album is keeper. It also leads us to the finale – Thunder Without Rain and the hypnotic and dreamy tones are mesmerizing. Markov sings, “You can’t decide, should you run or hide?” I really don’t know, but I do know The End is the Beginning is a thoughtfully orchestrated and delivered debut by a man you should be keeping your eye on. It’s an impressive arrival on the Brazilian label Wave Records. Do check it out.